UPDATE: There! I fixed it!

I’ve been having some rough days physically lately. Back on June 21, I had an awful day, what with getting locked out of John’s house in over 100° heat for 15-20 minutes because of the bad door handle (he fixed that), and then idiot drivers pulling out in front of me and other people later in the day. One of those idiots came off a corner with a stop sign, didn’t even look, just drove right out in front of me and another woman on one of the busiest streets in town. If she or I had been any closer to him, we’d have defintiely taken him out and been a lot worse off. As it was, after stomping hard on the brakes, I ended up with a badly pinched nerve in my back that is still causing me pain, but a lot worse in recent days. I’m moving pretty slow right now. Been doing various pinched nerve stretches… I have a sheet from a chiropractor I went to years ago who gave it to me because there is a certain spot in my back where a nerve always gets pinched. But the one I have now is much lower and causing more pain. Ugh. Just trying to get through right now. My state insurance will only cover about half of a chiro appointment, so going to one now is out of the question. Ah well, just praying it corrects itself soon. The limited movement is annoying.

We had a deluge of rain last Friday into Saturday morning… maybe an inch, but it came down too fast and ran off straight into the storm drains, so it didn’t do a lot of good. Up in the northcentral and northeast part of the state they had 6-7 inches that night! Geesh! One good thing, though, it did help our watermelons along. They’re growing bigger as the days go by. We had Aero Friday night through Sunday morning, so I took him over with me when I went to check the garden late afternoon on Saturday… he was fascinated with them. 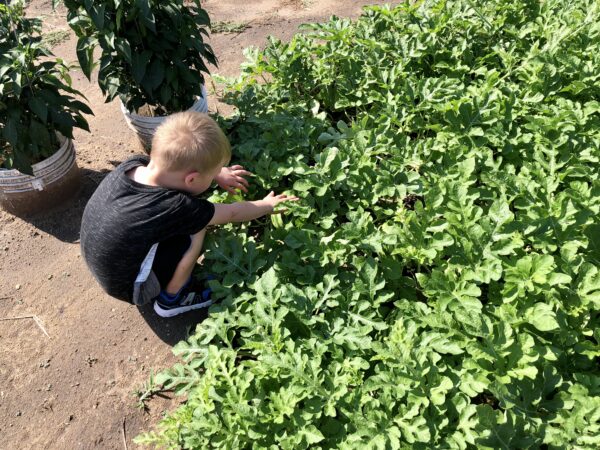 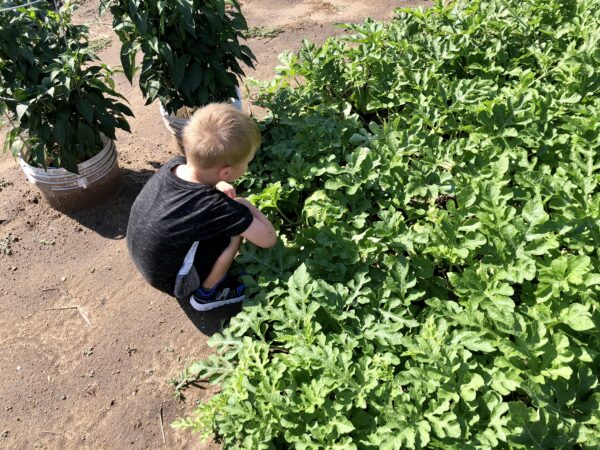 We’ve been picking the purple beans for a while now. They were the volunteer plants that came up from the dropped beans when our plot at the community gardens was someone else’s last year. I picked some of the bean pods to take home because Aero and I like to open them and just eat them as they are while they’re still soft. He has become a pro at opening the pods himself. 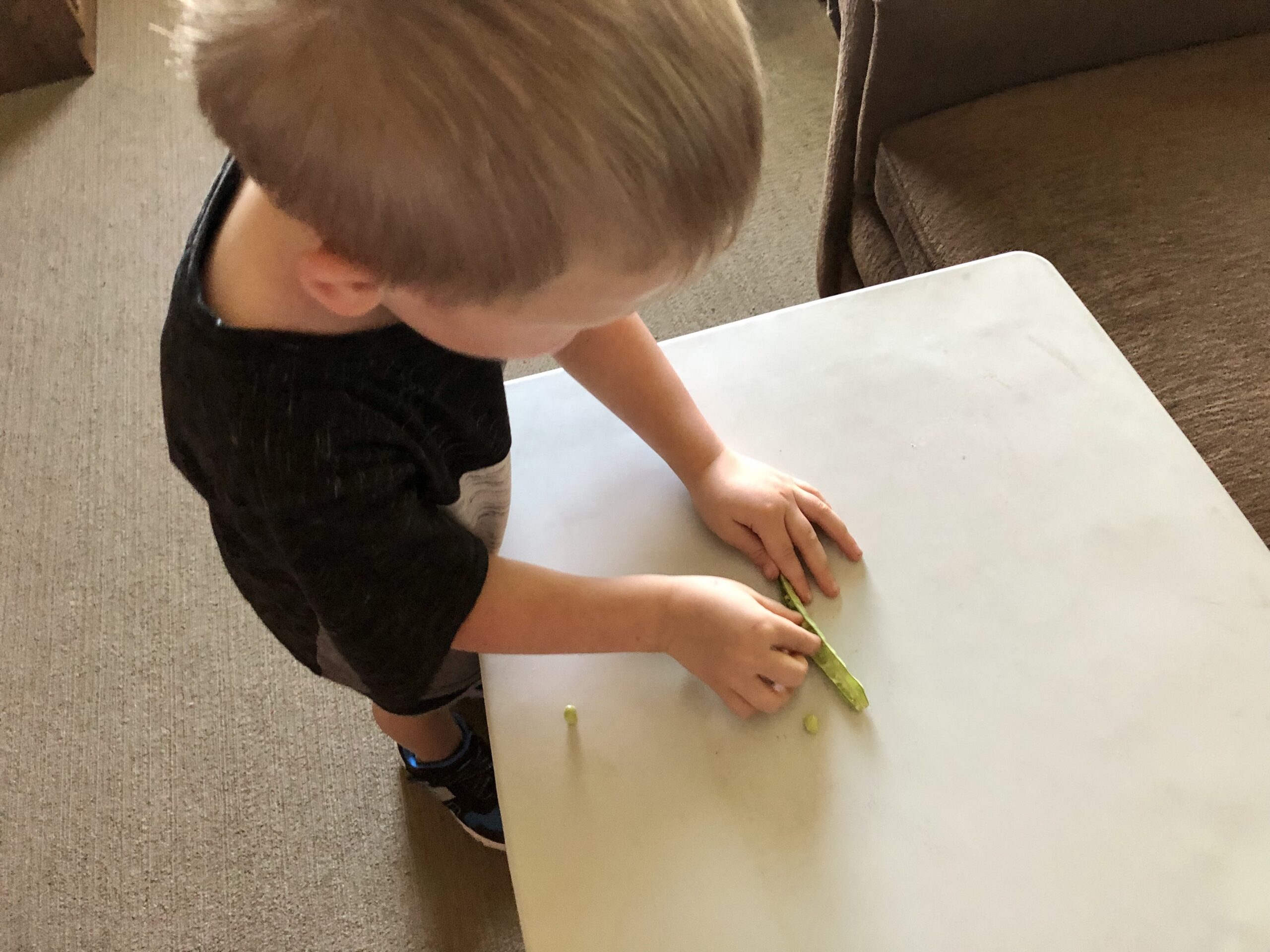 He lines the beans up and then eats them. 😆 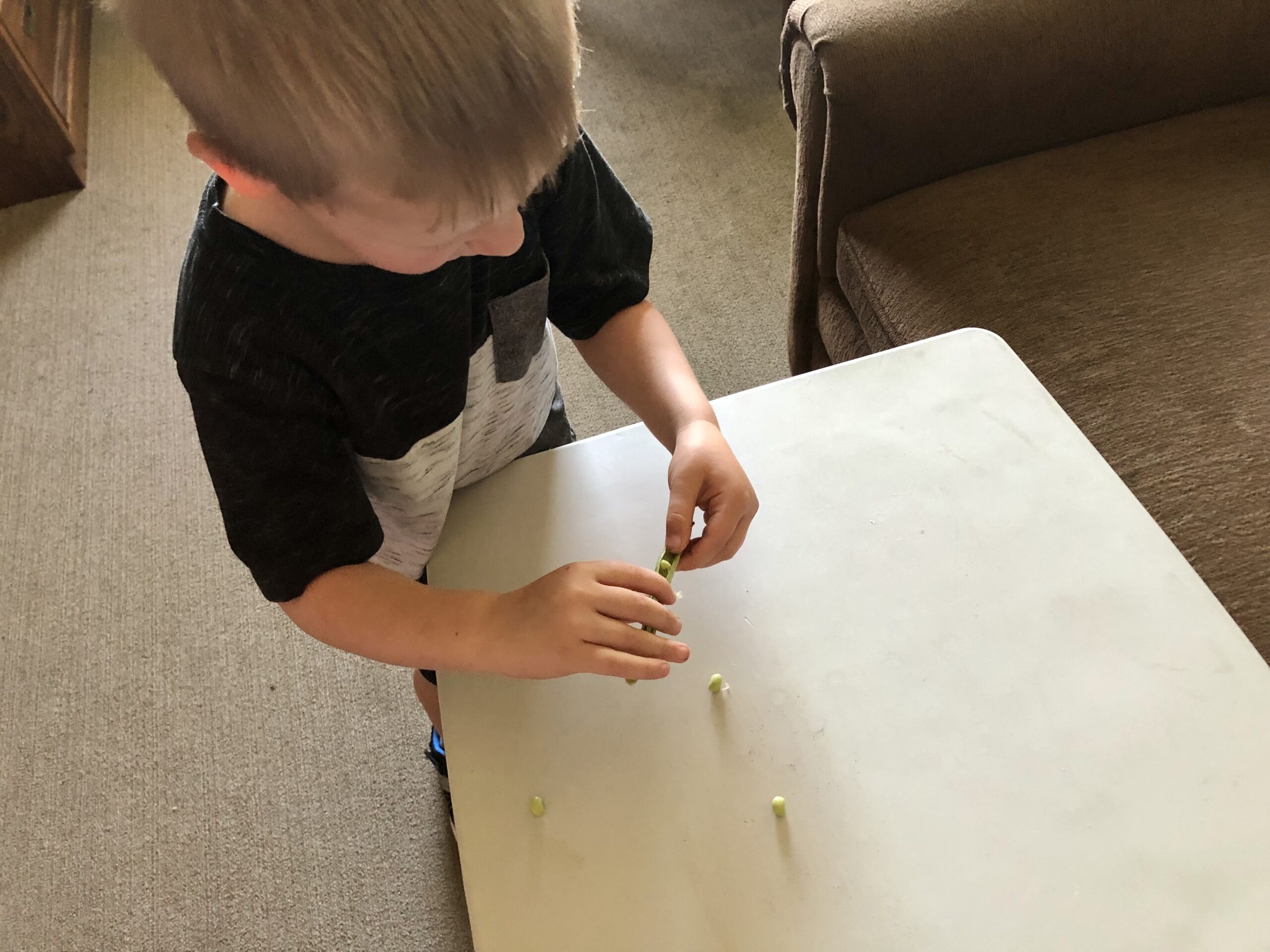 John took Aero for a ride last evening to see some of the murals that are around town and stopped at the one behind the Toy Depot (vintage toys) on Main Street, taking this adorable photo of Aero. We love that lil man so much! 😍 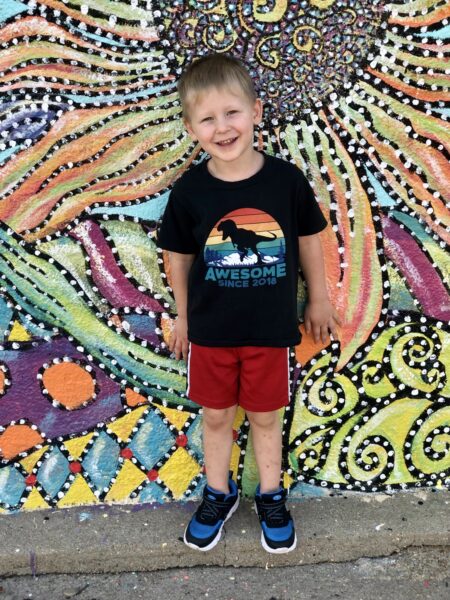 We don’t do Halloween, but I saw these cute planters at the grocery store yesterday. Yeah yeah yeah, I know some are for lights and some just for decor, but I would put plants in the vase-like ghosts and jack-o’lanterns. 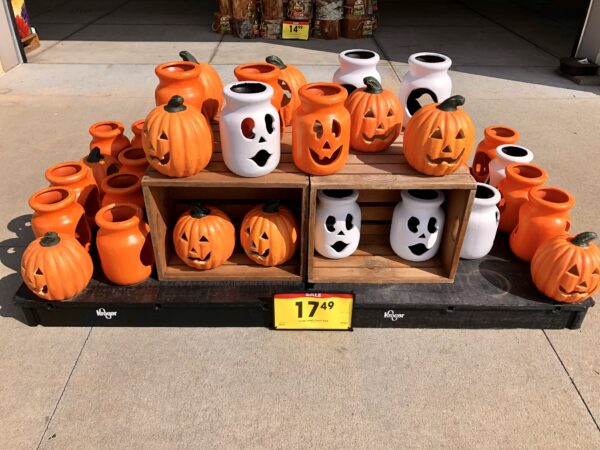 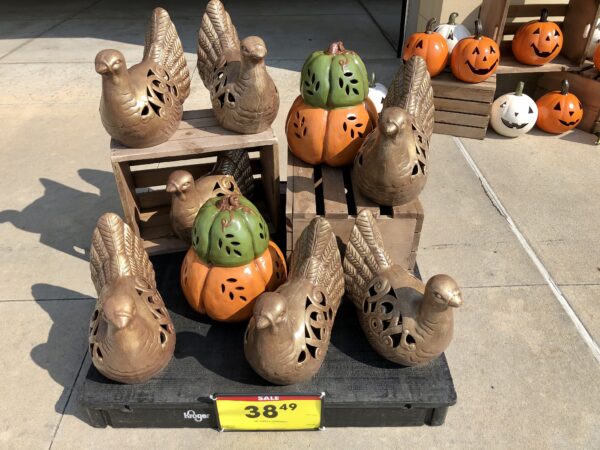 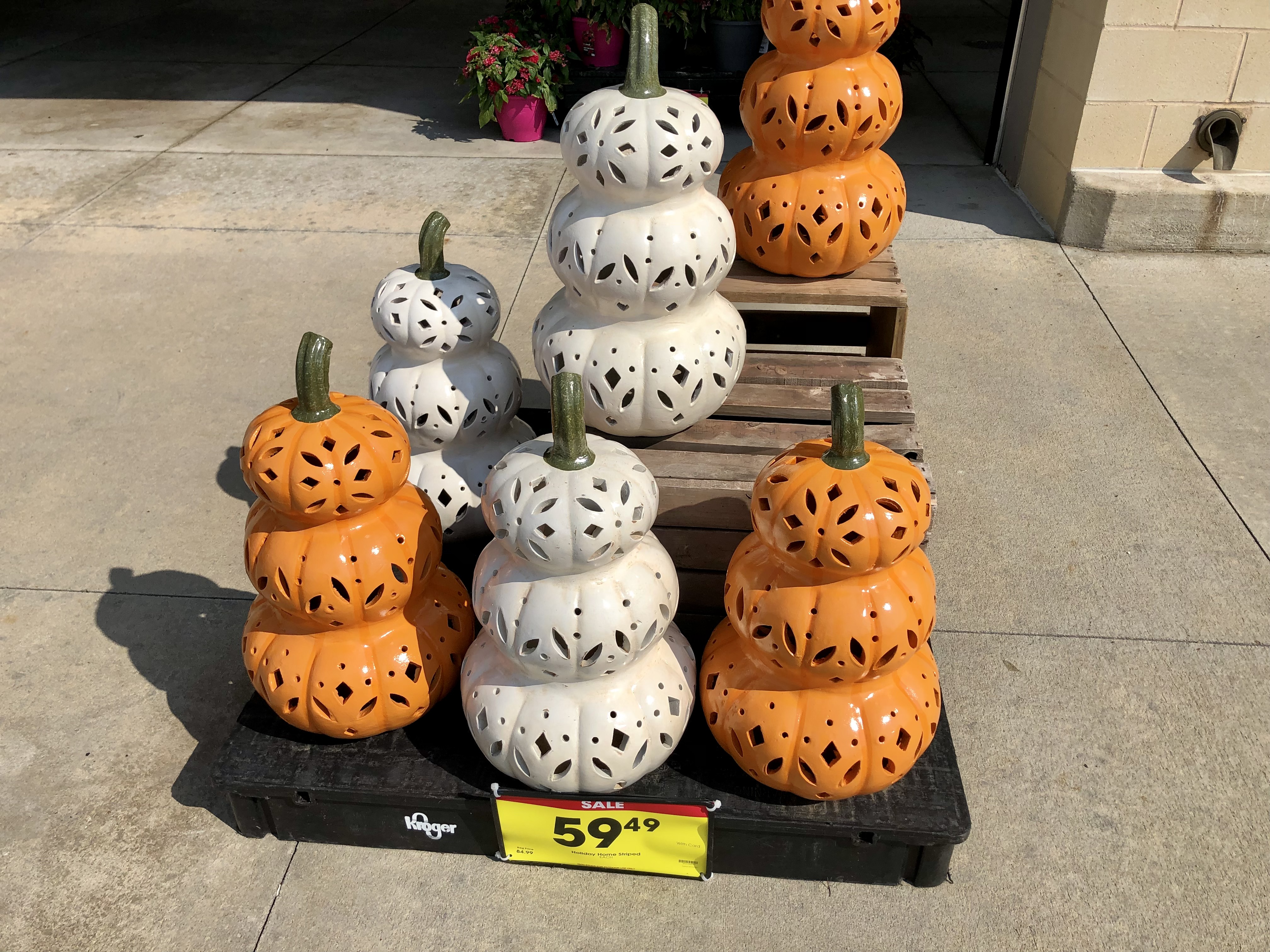 And these beautiful Autumn chrysanthemums and asters in a gorgeous array of colors. 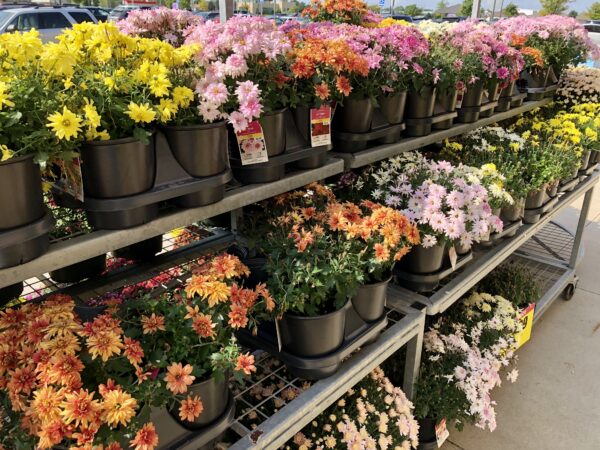 Have a blessed week!