NOTE: This is a republish of the post I did on September 11, 2020 with an updated title and corrected/refreshed content. The original comments are still attached. You do not have to read or comment on this post. I recorded it for myself.

I was 44 years old. We lived in central Wichita, Kansas at the time.

I was still in bed, just starting to wake up, when the first plane hit the North Tower. I’d worked to after midnight on a rental house for our landlord.

Jerry was down the block going through orders for a neighborhood couple who ran a courier service from their home. The Boss Lady had the tv on when the news broke in saying a plane had hit the World Trade Center. The Boss Lady told Jerry to go on home for a while as she needed to straighten out some of the order information and would call him later.

Jerry walked in as I was just sitting up in bed and said, “The news says something happened in New York . . . a plane hit a building.”

News people talking about a plane hitting one of the WTC towers. (At the time, we hardly even knew there was a World Trade Center.)

Images of the building in the background with black smoke billowing out of it.

Within minutes, on national television, everyone saw a second plane fly into the South Tower.

The news people beginning to suggest the possibility of these being planned attacks.

Then, we heard of the one that hit the Pentagon.

Hearing that all air traffic had been ordered to the ground, all flights cancelled.

Right before anyone knew of the plane in Pennsylvania, we all saw the South Tower begin to move . . . and then start its collapse.

I could not wrap my mind around what was happening. I don’t think I breathed.

“What about the people?!” screamed through my mind over and over as my heart began pounding in my chest.

I remember Jerry yelling “What the h*** is going on?!”

President George Bush sitting in on a second grade class at a school in Sarasota, Florida as the students were promoting reading. His aide walking over and the look on his face as the words “…America is under attack” were whispered in his ear.

WHAT ABOUT THE PEOPLE!!!

Images of people fleeing the area as the towers collapsed, as smoke, dust and debri chased and overtook those who had been watching on the ground.

The Statue of Liberty in the harbor with the smoke-filled sky in the background over Manhattan.

Video of everything played over and over and over. Hearing the people of New York crying and screaming in the background of the videos they took.

At one point, I walked out our front door to the porch.

Bright sunshine. Glorious blue Kansas skies. Not a cloud to be seen.

And no sound. It was eerily quiet.

We lived in an area where we could always hear the highway traffic.

No sound on the ground.

And in Wichita, no matter where you lived, you could always see and hear the roar of jets and the drone of planes as they took off and landed at the several airports.

No sound in the skies.

Everything was absolutely silent.

I didn’t even hear the birds… it was as if they knew what was happening 1,400 miles away.

I hugged myself. And suddenly, I just went to my knees and began sobbing and praying, right there on the porch.

After I don’t know how long, I went back inside. Jerry and I sat together on the couch, weeping for our country and those families.

We also knew in our hearts that this meant his oldest son would be activated for war. (He was stationed at Fort Riley, Kansas and became part of the Special Forces, completing four tours of duty in Iraq and Afganistan.)

The photo of Marcy Borders (“The Dust Lady”).

The firefighters raising the American flag at Ground Zero.

Families holding photos of their missing loved ones.

It was hard to sleep at the end of that day. And for many days after.

In spite of the horrific events, we saw the best of what Americans could do for each other.

Was I related to anyone in the towers, the Pentagon, or on any of the planes? 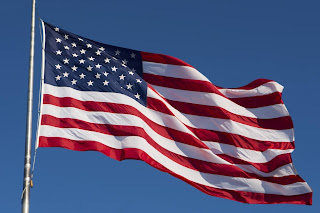 Nearly 3,000 children under the age of 18 were left without a parent on 9/11. Their average age was 9 years old. There were 108 born in the months after their fathers died.

Some of last year’s rioters were either very young or weren’t even born at the time of 9/11. They have no idea how they’ve torn up our country. They make me angry. But I give them to God to handle how He sees fit. I pray Jesus comes into each of their lives before it’s too late.

In the two decades since 9/11, the five men responsible have yet to stand trial. The death penalty trial by military jury of the 9/11 mastermind was set to begin January 11, 2021, but has been repeatedly delayed.

And so it goes.