The Kansas State Fair is going on right now. This year it runs from September 10-19. The only Monday during that time is always free day – you can get in the gate with a Dillon’s shopper’s card (Dillon’s is a Kroger store), or pay $1 without the card. It used to be called Senior Day where everyone 65 and older got in free. I don’t remember when they changed it to the current entry requirement.

Even when we woke that morning – which was almost 10:00! – we were still undecided about whether we’d be going that day or not. If we don’t take advantage of the free day, we don’t go at all. It costs too much for folks on a fixed income. We never buy food or drink while at the fair either… I carry bottled water and snacks in my backpack and we call it good.

Well, ‘long about noon-thirty, we finally said, Let’s go! and drove on up to North Main where I found a spot to park on one of the side streets where we’ve always parked, got Jerry’s wheelchair out of the back seat, and went to the fair.

Remember the photos I took of the empty fairgrounds when Jerry and I went to “walk and roll” on their walking/bicycle path during the rest of the year? (If not, see this post.) The state fair has more than 70 buildings on 280 acres (read about it here). That’s a lot of walking even when nothing is there. Here’s a screenshot of the 2021 sky view from the week before the fair opened last Friday… which doesn’t even show all of it! I’m hoping John remembers to take a couple photos (for my next post) showing how big it looks when everything and everyone are there. 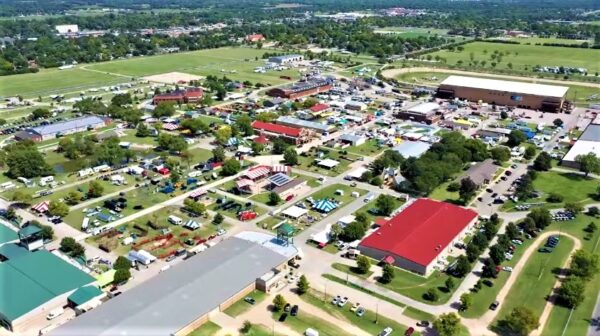 The grandstand/race track are in the upper-right corner of the photo…that’s the east side of the state fair. The Midway alone covers a lot of area along the west side of the grandstand north to south and for several hundred feet east to west. The ferris wheel is always on the northernmost end, but I can tell it and many other rides weren’t yet on the grounds at this point. Usually all the rides come last minute into town on the trains.

There is definitely a big difference between this year’s state fair and previous ones because about half the vendors aren’t there (or at any other state fairs) this year. And they didn’t hold the state fair last year, of course. But there’s still a lot to see and do. This year, Jerry and I stayed completely away from the Midway… we’re just not interested in that anymore. Too loud, too crowded, too dirty… plus it’s too hard to get a wheelchair over all those electrical cables lying everywhere on the ground.

We had a lot of fun going through the 4-H, domestic arts, agriculture, and other competitive exhibit buildings. My favorite has always been the Domestic Arts building because of the quilts, but I’m going to save those photos for another post since I took so many. Jerry and I both really enjoy the 4-H exhibits – the kids who enter their works are extremely talented and smart. Following are just a few of the many entries. 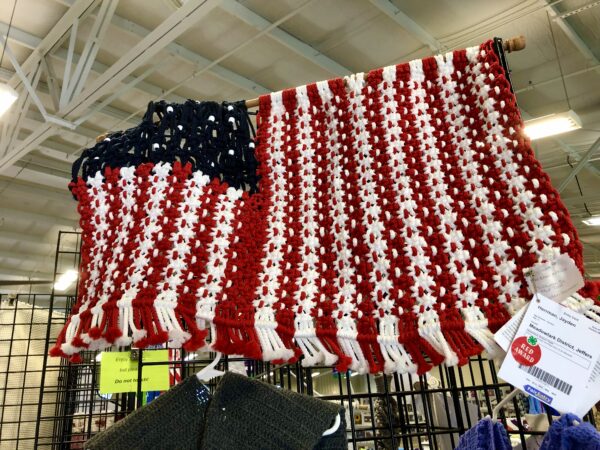 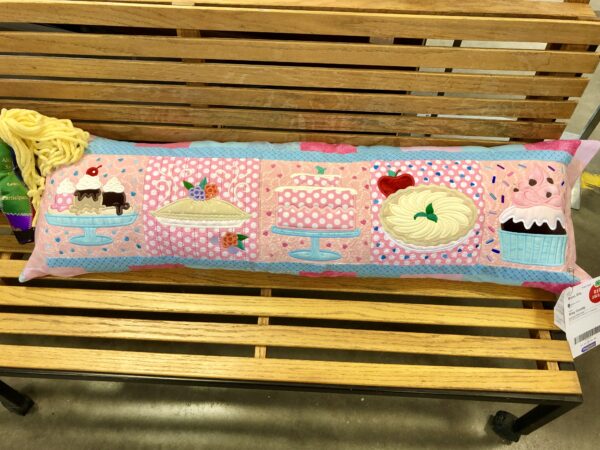 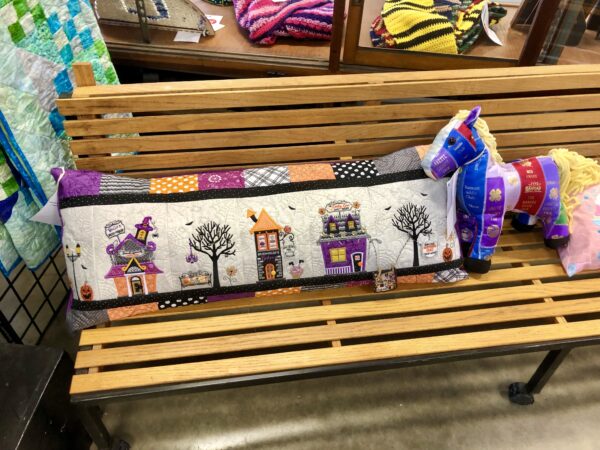 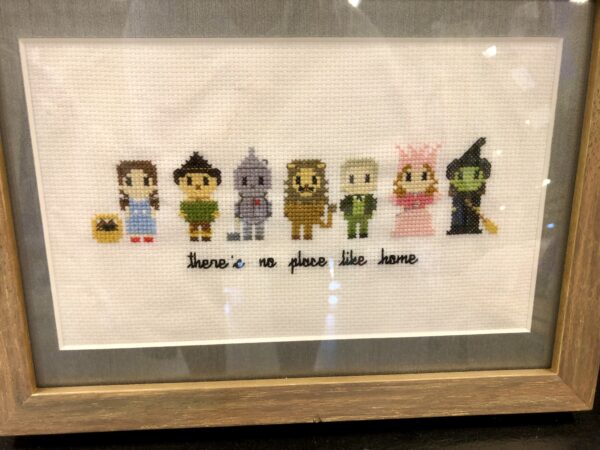 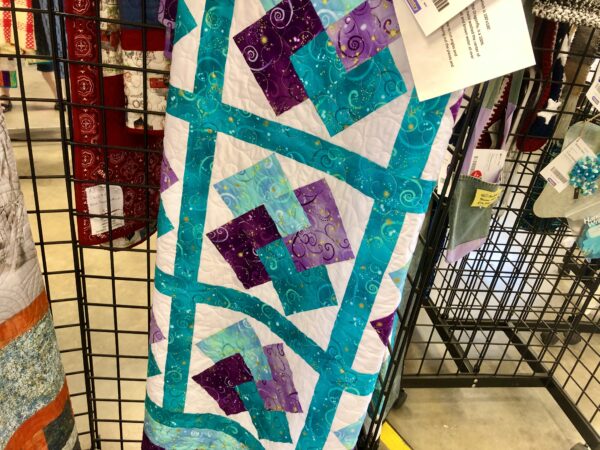 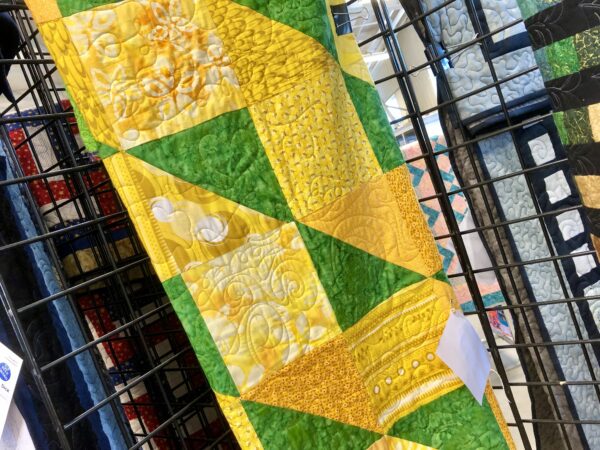 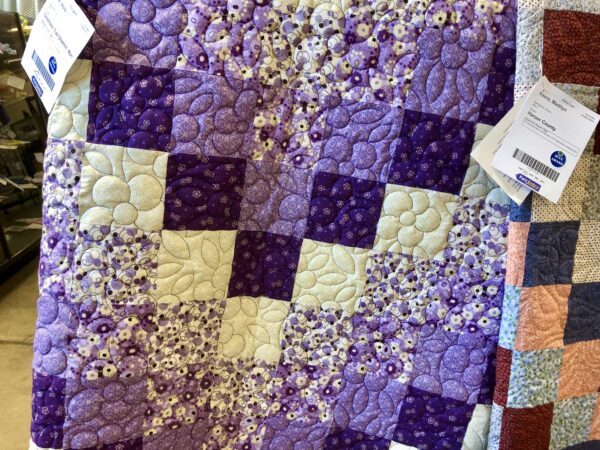 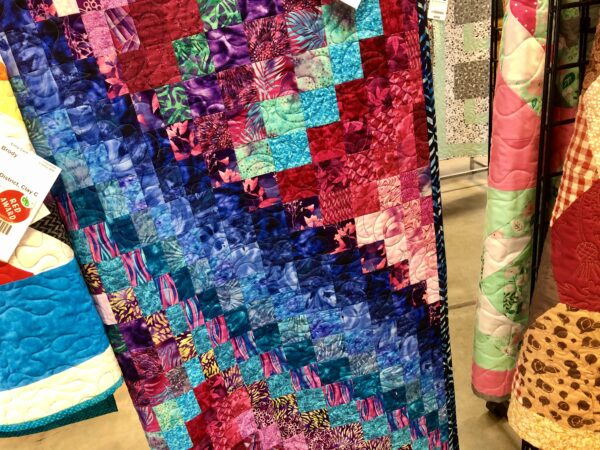 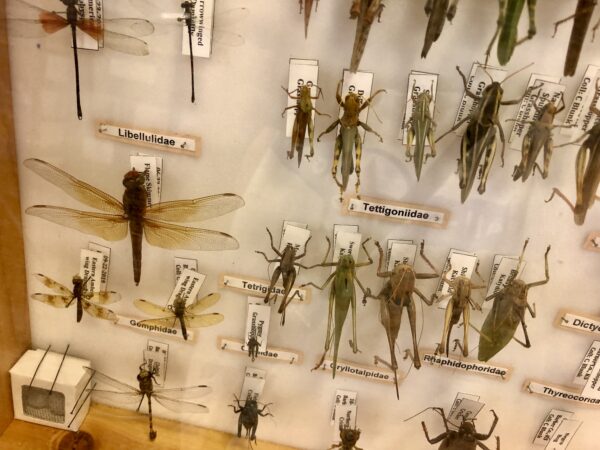 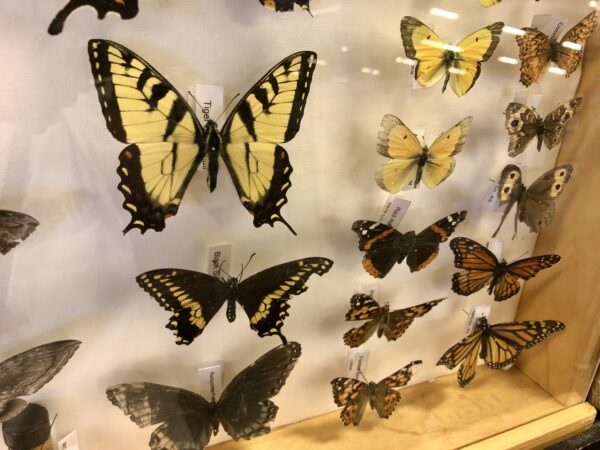 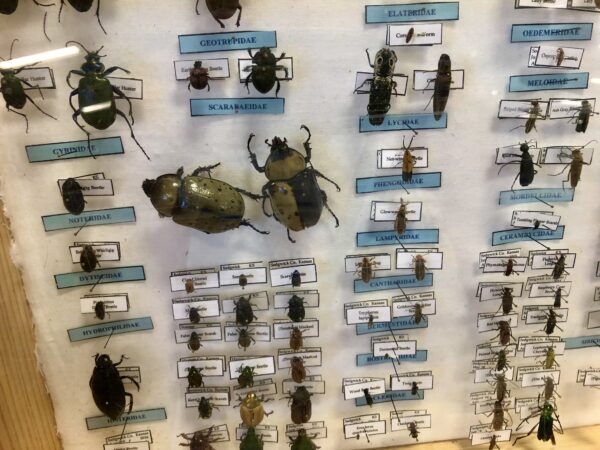 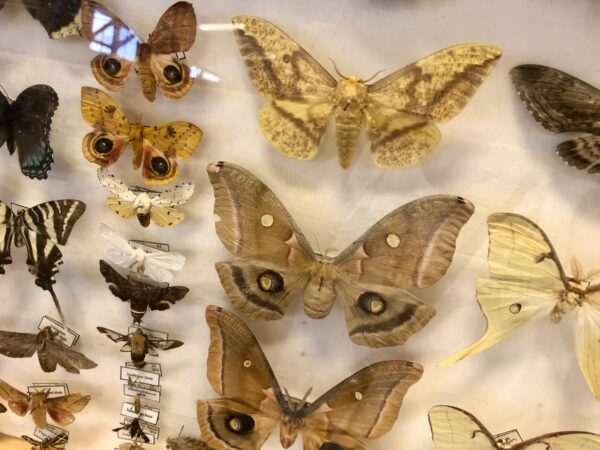 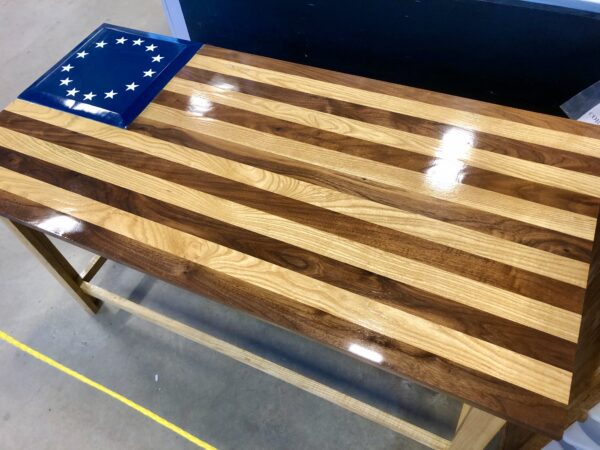 I thought the organizer unit would be great for Aero to use for his toys… and then I realized I could use one for my craft stuff! *wonders if she can talk son John into making one… or two* 😁 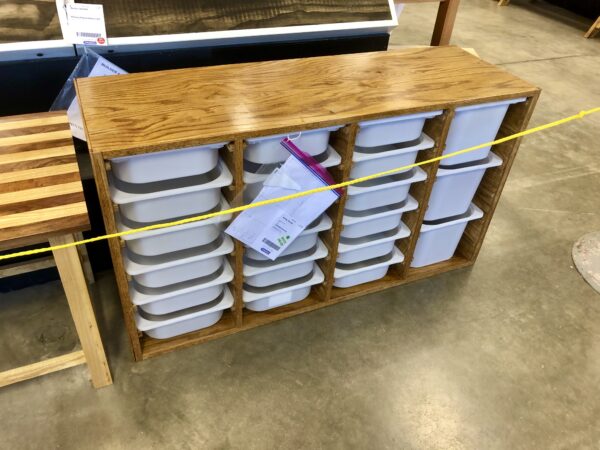 Look at this absolutely beautiful desk! 🤩 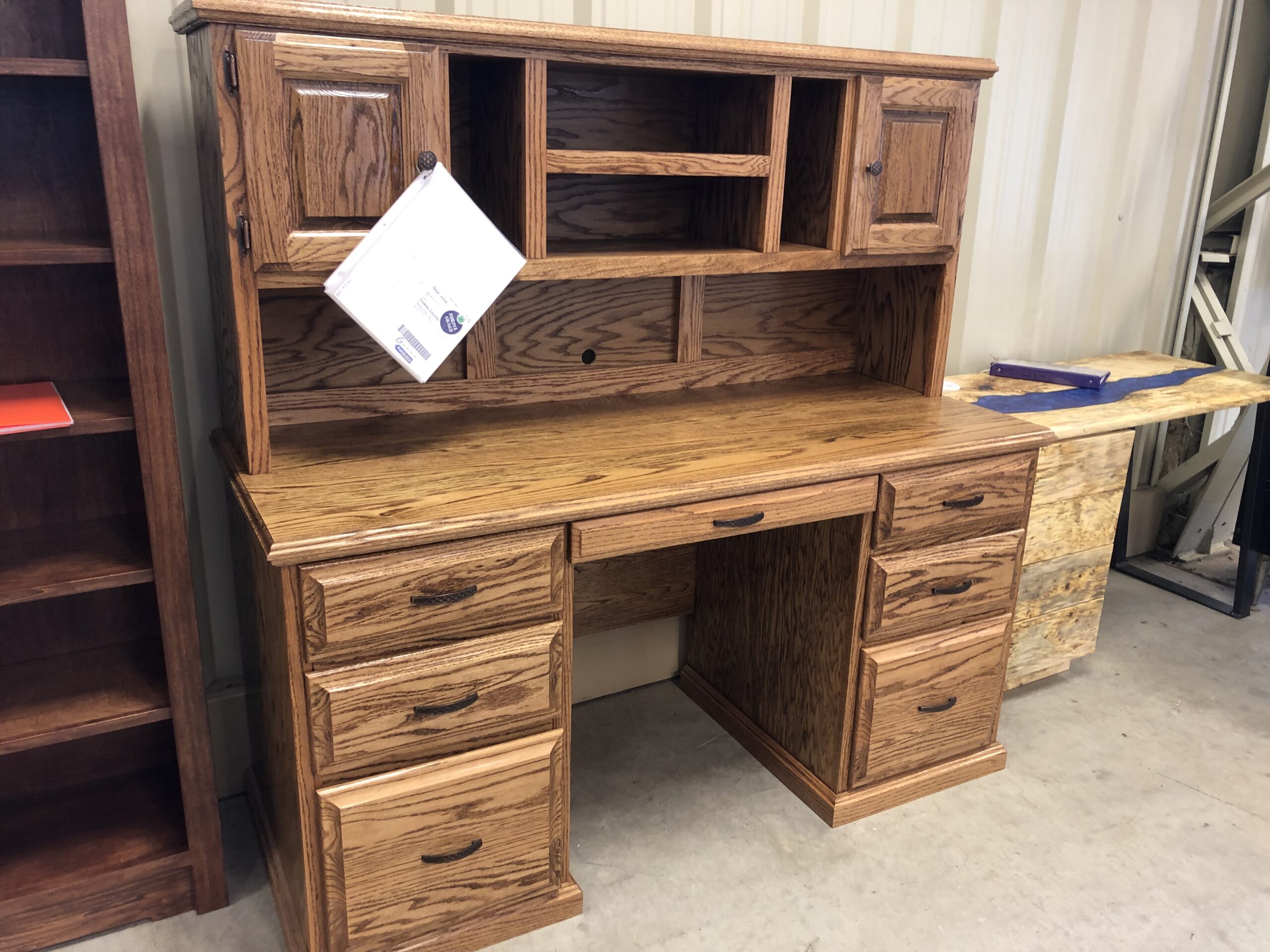 As a child/teenager, I collected rocks and fossils I’d found here and there (I don’t have those things anymore because… the ex 🙄), so those types of entries were especially intriguing to me. I didn’t take any rock photos, and only a few of the fossils, but they all were so interesting. 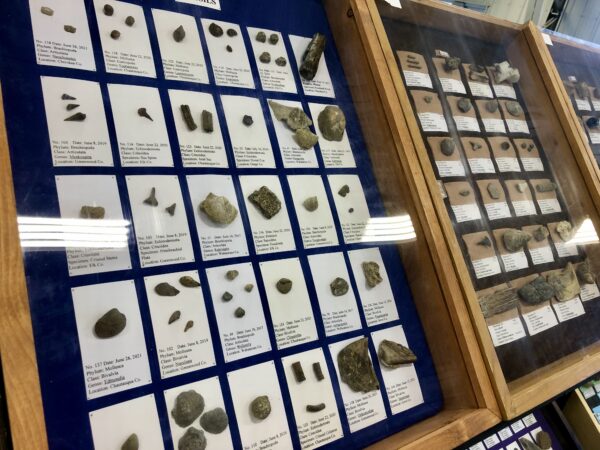 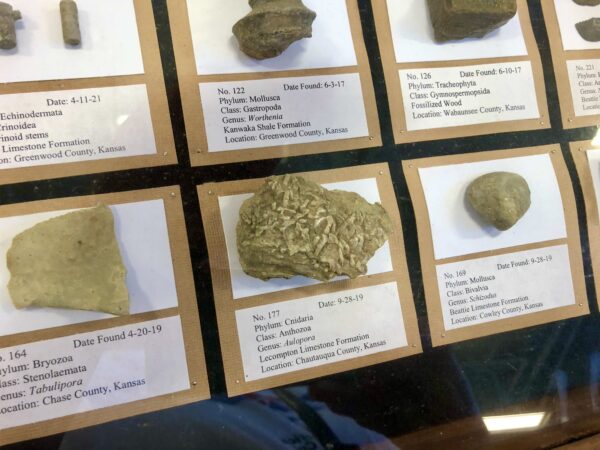 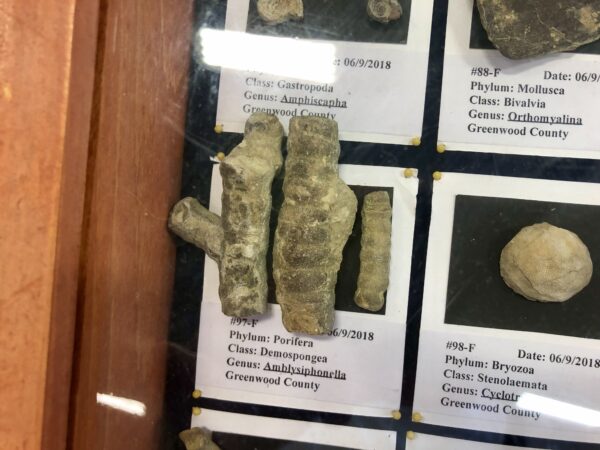 The gate we always use to enter has this vendor next to it right off the bat. He sells flags non-stop. I love that our nation’s flag was waving briskly in the wind! There were also other flags: state of Kansas, Kansas City Chiefs, POW/MIA and Armed Forces, Titans, K-State and KU, and the Gadsden flag. 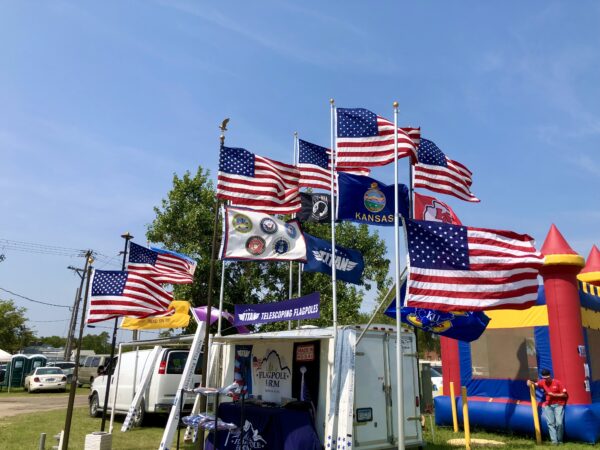 As I end my post, I have the windows open to a nice breeze and can hear tonight’s grandstand entertainment starting (Chris Janson, country music singer)… over 3.5 miles north of us!

I’ll post more photos from the state fair next time! Have a blessed weekend!