Most people who have been visiting my blog(s) over the years know that I’m not around much during November and December. When January rolls around, I suddenly return to blogging. It’s basically because this time of year is hard. The season hasn’t been the same for our family since my oldest son died in November 2013. Anyway, I am alive, just maybe not online a lot. I still read your blogs and comment.

My hyperosmia (hyper-sensitivity to odors/fragrances) keeps me from going much anywhere, putting a damper on everything. I haven’t gone to Amanda’s for months because she and the girls burn highly scented candles all. the. time. No, just blowing them out doesn’t take care of it… because the particles are imbedded into every inch of their home after so many years. Their clothing, furniture, walls, everything in the home has permanent smell.

As of several months ago, my hyperosmia is now a coded disability in my medical records (among all the other issues I deal with on a daily basis). There is no treatment that would reduce the symptoms, so the doctor has told me I must avoid situations (which I’ve already been doing for years) that make it hard for me to breathe as it could put me in the emergency room.

If one of the smokers on our floor walks by going to their apartment, it sets me off to coughing (yes, I have the bottom of the door blocked by a thick, rolled-up blanket, but it still seeps in). I have to avoid certain departments in stores because of what they sell or I will gag and choke and cough (think Hobby Lobby’s Christmas section with those overpowering scented pinecones – ugh!). Church is now at home for us again because… women and their gaggy perfumes, body lotions, etc; men and their whoo-ey choking cologne.

Jerry has hyperosmia to a certain degree, also. When we moved in, I had to resort to a big note that resides on our apartment door… 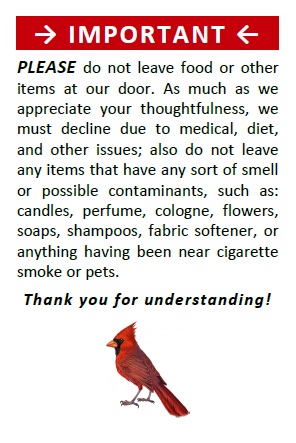 At the end of September 2019, I blogged about my right heel having a lot of pain. I knew what it was before the doctor diagnosed it as plantar fasciitis. I limped along for a year on it. I thought the pain was easing in December 2020, but after a few weeks it came back with a vengeance. That heel has “calmed” somewhat since this past February, but it’s still difficult to walk on at times, especially since I also have arthritis in both feet.

And then, at the end of August this year, my left heel developed the same pain. Arrrggghhh!

Just this past week, the pain became nearly intolerable, but I’ve kept going… because I have to.

The doctor we had to go to starting in March (after our previous doctor retired to take care of his mother) wasn’t giving us the care we need, so I’m looking into a different type of health care for me and Jerry. It’s a mobile medical facility whose practioners will come to the patient’s home. It’s great for folks who have difficulty getting themselves or a family member to a doctor’s office. They cover all of Kansas and accept Medicare/Medicaid. Please help me pray about this… it might be what I’m trying to find for us to get appropriate medical care.

In the meantime, I’m finally working on this year’s ornaments for family. I had dug out all the parts and paint and other necessaries from my craft storage tub back during the last few days of September. I’d fully intended to have them done early… like in late October.

Buuuuut…. 😒 doo-doo happened, and kept happening, and getting worse. So, of course, I gave up my time as always to be available to help. For days and weeks on end.

And now here we are on the first day of December and I’m finally going to be able to get these ornaments made. Thankfully I’d already gotten the bottom paint layer done in September. Today I started the “individuality” of each piece.

When I’m finished, there will be 14 ornaments. That includes the two that will be mine and Jerry’s. I’ve always given them to each person (or couple) about 2 weeks before Christmas so they can enjoy them on their Christmas trees. (Edited to include: There is NO odor to the craft paint I use; I only use products that have no odor.)

I’m not worried about time. I actually work better under pressure.

You can see the ornaments I made for the family in 2020 in this post.

Still need on-going prayers for son John (divorce won’t be final for a while) and three-year-old grandson Aero. November was extremely difficult for them. Aero was traumatized by some bad situations, but we’re all working on remedying those. Thank goodness John has full custody of him to keep him safe.

Please send up prayers for grandson Andrew and his fiancé Kaylee… their baby girl is due December 31. This will be our first great-grandbaby. Kaylee has been in the emergency room twice in the past couple weeks because they can’t get her (Kaylee’s) blood pressure stabilised. We’re all wondering if maybe the baby will have to come early.

We need prayers for Jerry’s excruciating 24/7 pain that put him back in his wheelchair since no pain meds now (thanks to the above-mentioned doctor, which is exactly why I need to find better care for him… and me).

Annnnd, of course, prayer about our continuing vehicle problems. 🚗

That’s all for now. Yack atcha later, friends! Have a blessed day! 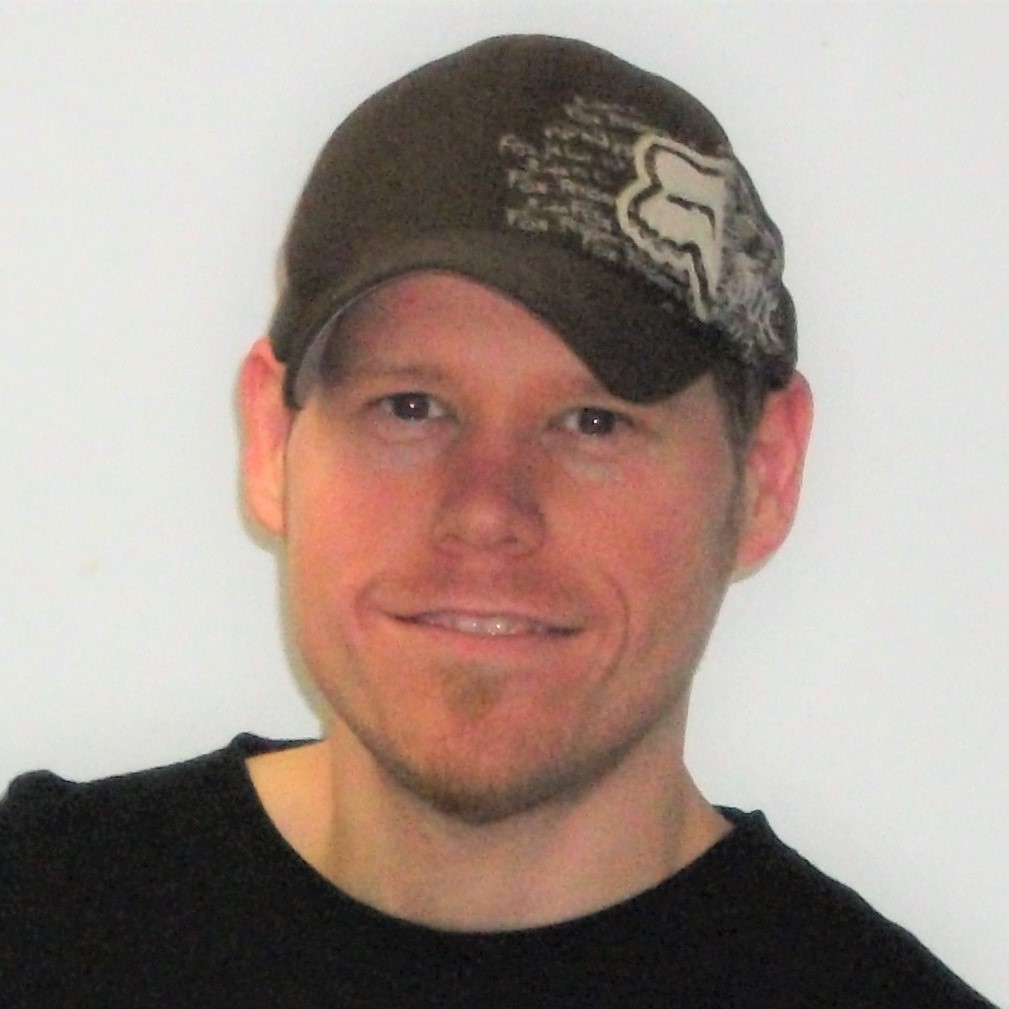 “Therefore whatever you have said in the
dark shall be heard in the light, and what
you have whispered in private rooms
shall be proclaimed on the housetops.”

The truth is even now being exposed.

18underoneroof
Adrienne's Corner
A Haven for Vee
As I See It Now
BUNKERVILLE: God, Guns and Guts Comrades!
Closed Doors, Open Windows
Creekside Cottage
Far Side of Fifty
It's A Great Day To Be Alive
Just Simply Linda
MARIETTE'S BACK TO BASICS
Mark 1:1
My Thoughts Exactly
Not of this World
Politics Rewritten
Sean of the South
Tales of the TCKK Family
*Terra Garden*
The Adventures of Lily Grace
The Little House by the Lake
The Simple Life of a Queen
Sweet Tea and Sandals
Your Friend From Florida

ATTENTION! PINNING of any content from this website to Pinterest is NOT ALLOWED! That includes, but is not limited to: images, documents, videos, etc. That means NO! Why? Some people have been stealing some of my work (those items have been removed). That is not acceptable. Read your Pinterest Terms of Use! Thanks for understanding. This is a separate statement from the Copyright Notice below.